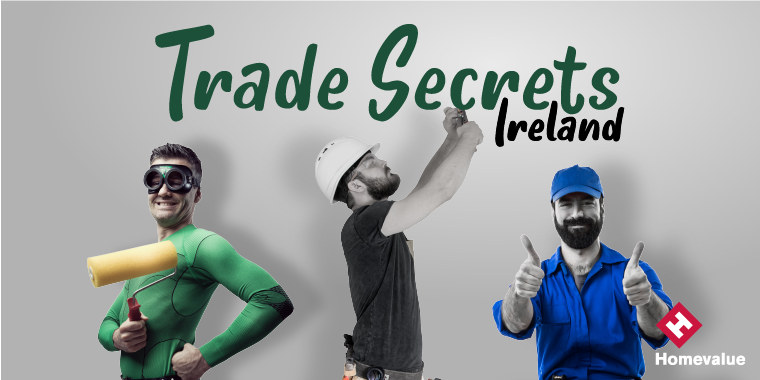 The most expensive, best craic, most trustworthy and best timekeepers amongst Ireland’s tradespeople revealed in new research

New research has today revealed that Electricians are believed to be the ‘most professional’ of all trade professions. In fact, those skilled as ‘Sparks’ (Electricians) were voted as being the most professional (39%), the most trustworthy (29%) and the best timekeepers (21%) from the range of tradespeople included in the survey.

However, according to the new research, customers believe that they are paying for superior service and electricians were also voted as the ‘most expensive’ of all the tradespeople amassing almost a third of all votes (31%) in the poll.

The survey from the leading DIY, Hardware and Homeware group, Homevalue, which polled over 1,000 adults, has revealed that Plumbers were voted as second most professional (18%), second most expensive (25%) and second-most trustworthy (17%).

Painters and Decorators were voted as ‘The Best Craic’ (18%) among all trades polled, followed closely by Plumbers (15%) and by Bricklayers (14%) in the trade professions polled. (Full results below) 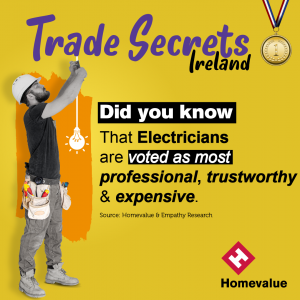 Three quarters (75%) of adults claim that ‘Word of Mouth’ and recommendations from friends and family members impact their decision to choose a tradesperson over any other, making word of mouth the most important marketing channel for tradespeople over other sources of information.

The research also highlights the increasing importance of ‘visual examples of work completed’ (33%) and ‘the cleanliness of builders’ as they undertake projects (26%) when it comes to impacting the decision-making process. Marketing materials received in the letterbox was voted as the least impactful (3%) when it came to the decision-making process. 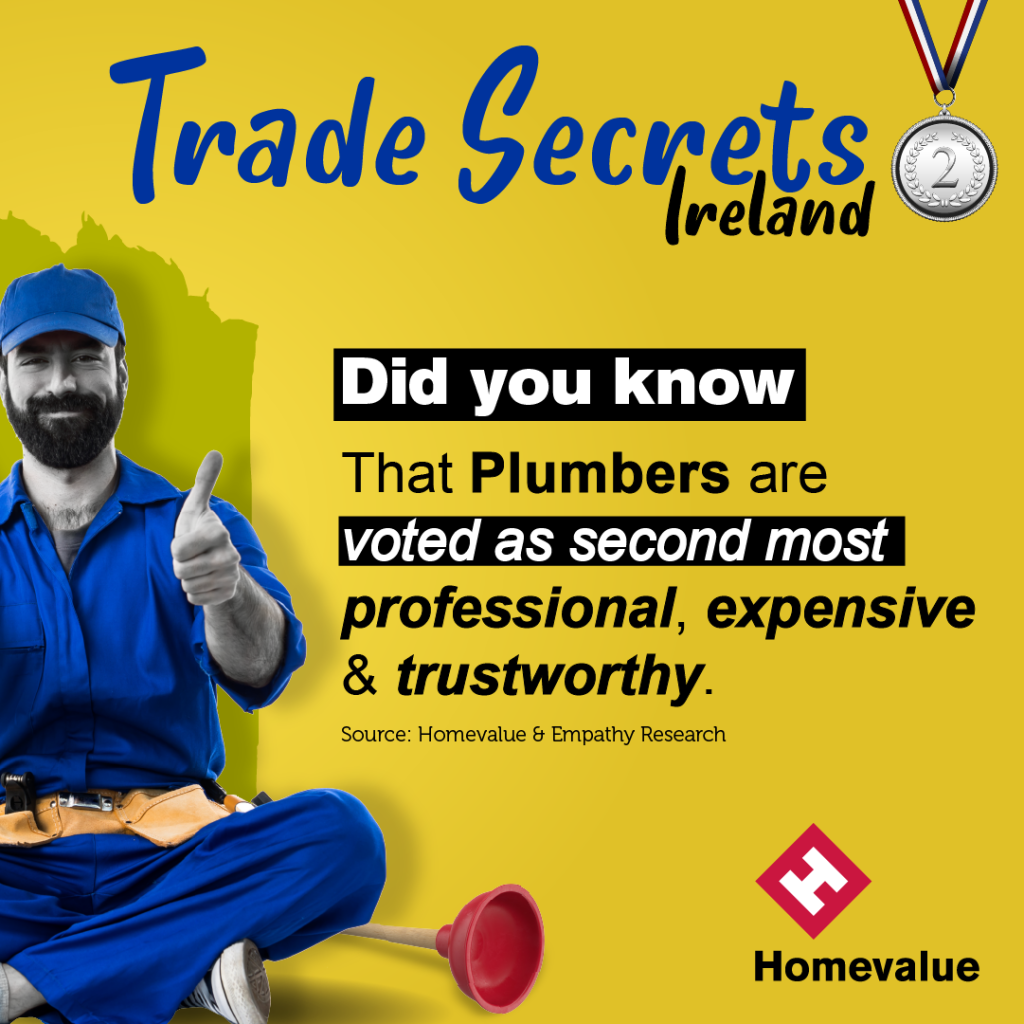 The full list of key influencers is as follows:

Word-of-mouth is much more likely to influence females (81%) and those aged 35-64 when it comes to choosing a tradesperson or building provider over another.

Those aged 25-34 are more likely to be influenced by online reviews (43%), social media pictures of work (31%) and online searches (29%), illustrating the growing importance of embracing digital channels for tradespeople into the future.

The new research also found that as many as 2 in 5 people polled (38%) encountered a significant delay when trying to secure a tradesperson for a routine job to be completed at their home in the last 12 months due to unprecedented building activity as a result of pent-up demand post each lockdown.

Paul Candon, CEO of United Hardware, trading as Homevalue, commented: “While electricians have topped the popularity ranking amongst consumers, for now, one of the key findings from this research was that Irish people increasingly value and respect the work of Ireland’s tradespeople. While the research has many light-hearted statistics, it also acknowledges that there is currently a shortage of skilled tradespeople in Ireland, which was intensified by pent-up demand which emerged following successive lockdowns. However, there is also clear evidence that tradespeople up and down the country have been working tirelessly to meet the demands of their customers and deliver the highest possible standards.”

Homevalue is one of Ireland’s leading DIY, Hardware and Homeware groups with a network of over 90 Guaranteed Irish accredited stores nationwide who are committed to providing the best range of products at the lowest price. Whether your building, repairing, improving, furnishing, or decorating your home, Homevalue has got you covered. Homeowners, DIY enthusiasts and professional tradespeople alike know that Homevalue means real value and real expertise. 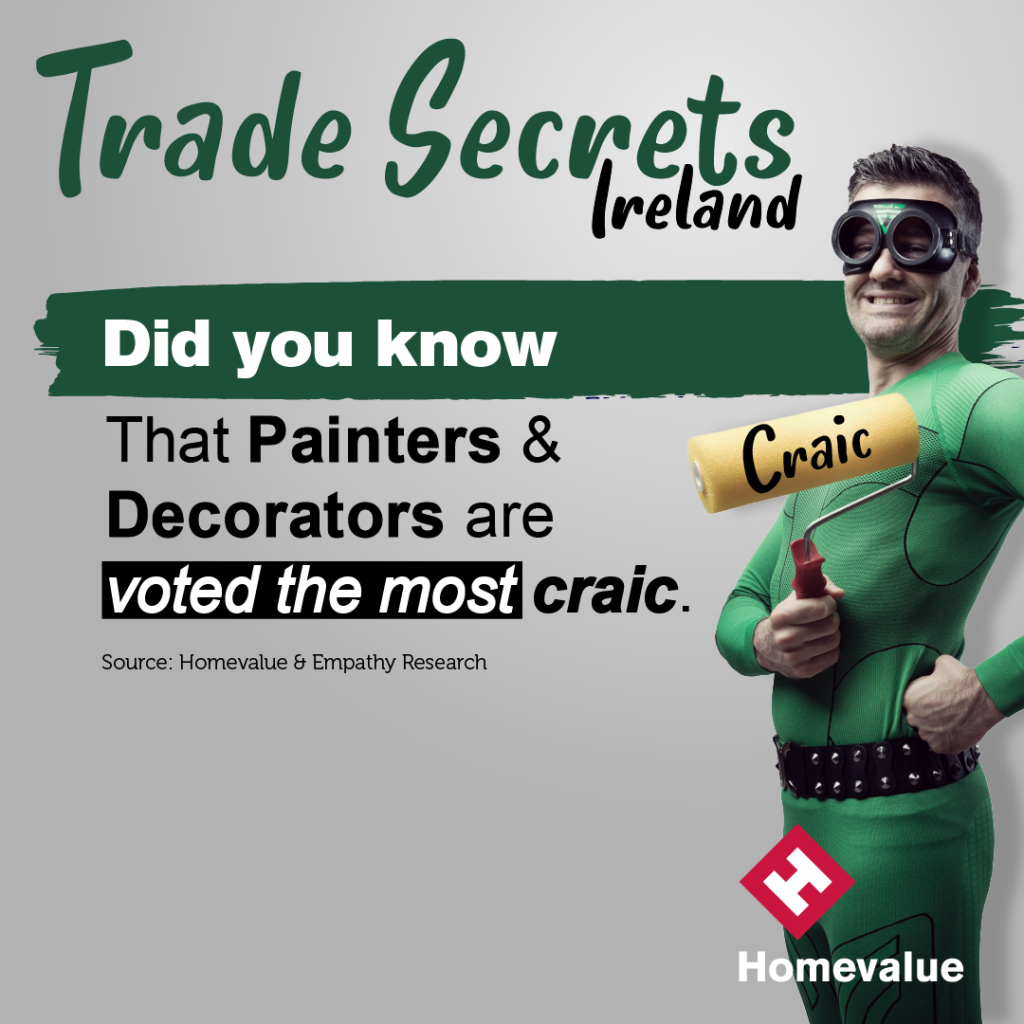 *Tradespeople Most Associated with Each Attribute: 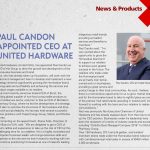 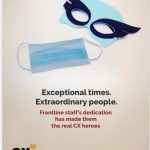 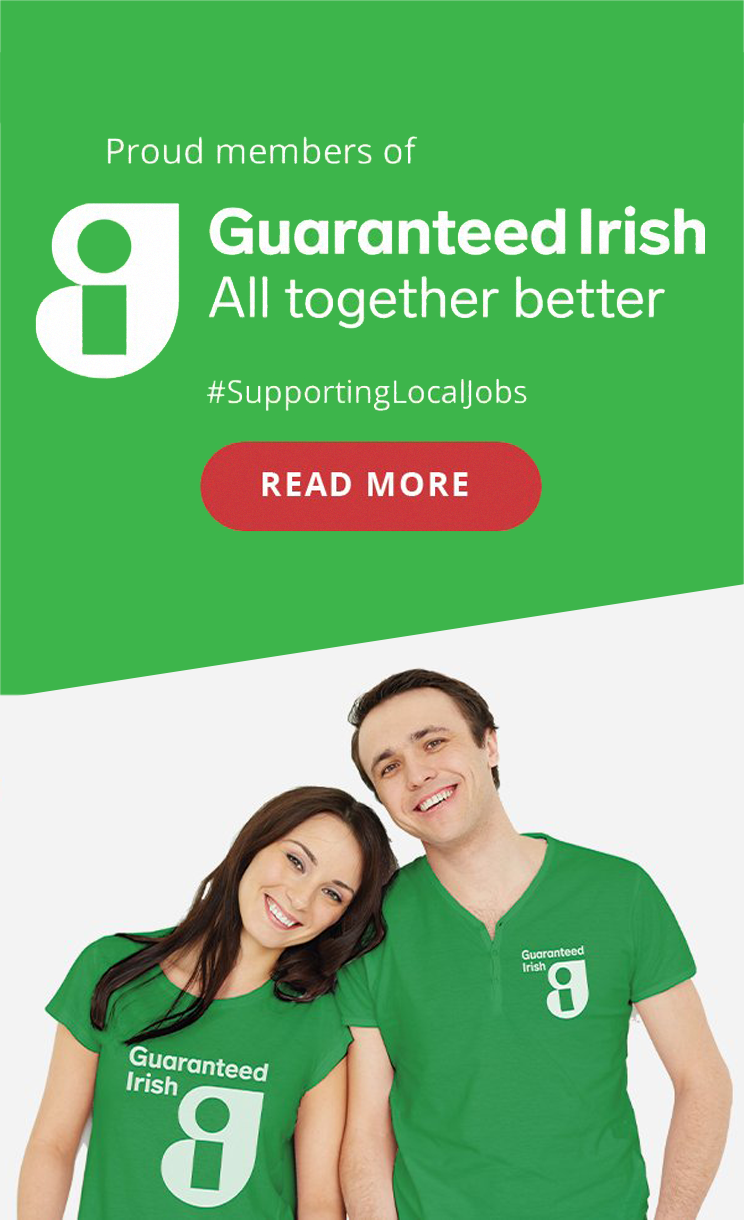